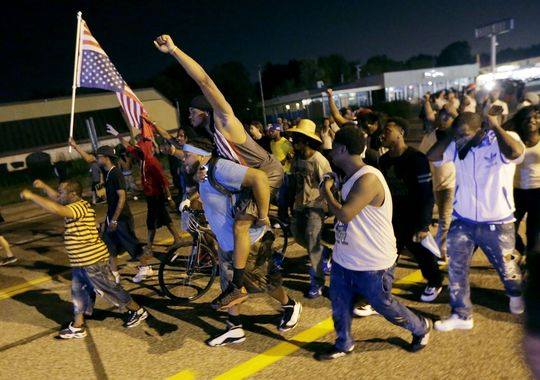 This webinar will look how young organizers are developing a new model to think about how to build transformational movements. Many organizations use a structure-based model that focuses on organizing a defined constituency to win short term policy victories. The Momentum Model fuses the strengths of the structure-based organizing and mass protest to seed a new tradition of organizing in the United States. Built on the foundation of nonviolent civil resistance developed by Gandhi and Martin Luther King, Momentum synthesizes the lessons of various 20th century movements, including the Color Revolutions of Eastern Europe and the Arab Spring in North Africa.

Since 2014, a core team of volunteers with Movement Mastery and Ayni Institute has been sharing the model through trainings across the country that have already re-oriented hundreds of organizers to the theory and best practices of civil resistance. They teach organizers how to activate the public and change the political weather through civil disobedience, mass training, and popular demands. Organizers are learning to integrate the discipline of traditional base-building organizations with the explosive growth of mass mobilization.

On this webinar, organizers will explain the Momentum Model, how it works with structure based organizing and how youth organizing groups can use these ideas to think about their relationship to mass movements.

Maria Fernanda Cabello is an undocumented immigrant from Mexico and has been an organizer in the immigrants rights movement since 2009. She started organizing in Texas where she fought to keep in-state tuition for undocumented students and continued her organizing work in the campaigns for DACA and DAPA that expanded the rights of undocumented immigrants.She also directed the "I'm a Dream Voter" project, the first ever undocumented-led civic engagement effort in the 2012 and 2014 electoral cycles. She is currently a volunteer organizer with Cosecha, a new non-violent popular movement aimed at winning permanent protection, dignity, and respect, for all immigrants.

James Hayes is an organizer from Columbus, OH. James started organizing after taking part in mass mobilizations with the Occupy movement and to protest the murder of Trayvon Martin. In 2012 he helped to found the Ohio Student Association and spent four years leading campaigns to end the criminalization of young people of color. These campaigns helped stop the same Stand Your Ground law provided legal cover for George Zimmerman to murder Trayvon Martin from entering Ohio, stop the corporate school takeover of the Columbus City Schools, and generate resistance to police brutality. James is now the Training Director for the Ayni Institute. Ayni serves the ecosystem of social change through research, training, and supporting communities of practice that bring more balance to the world.