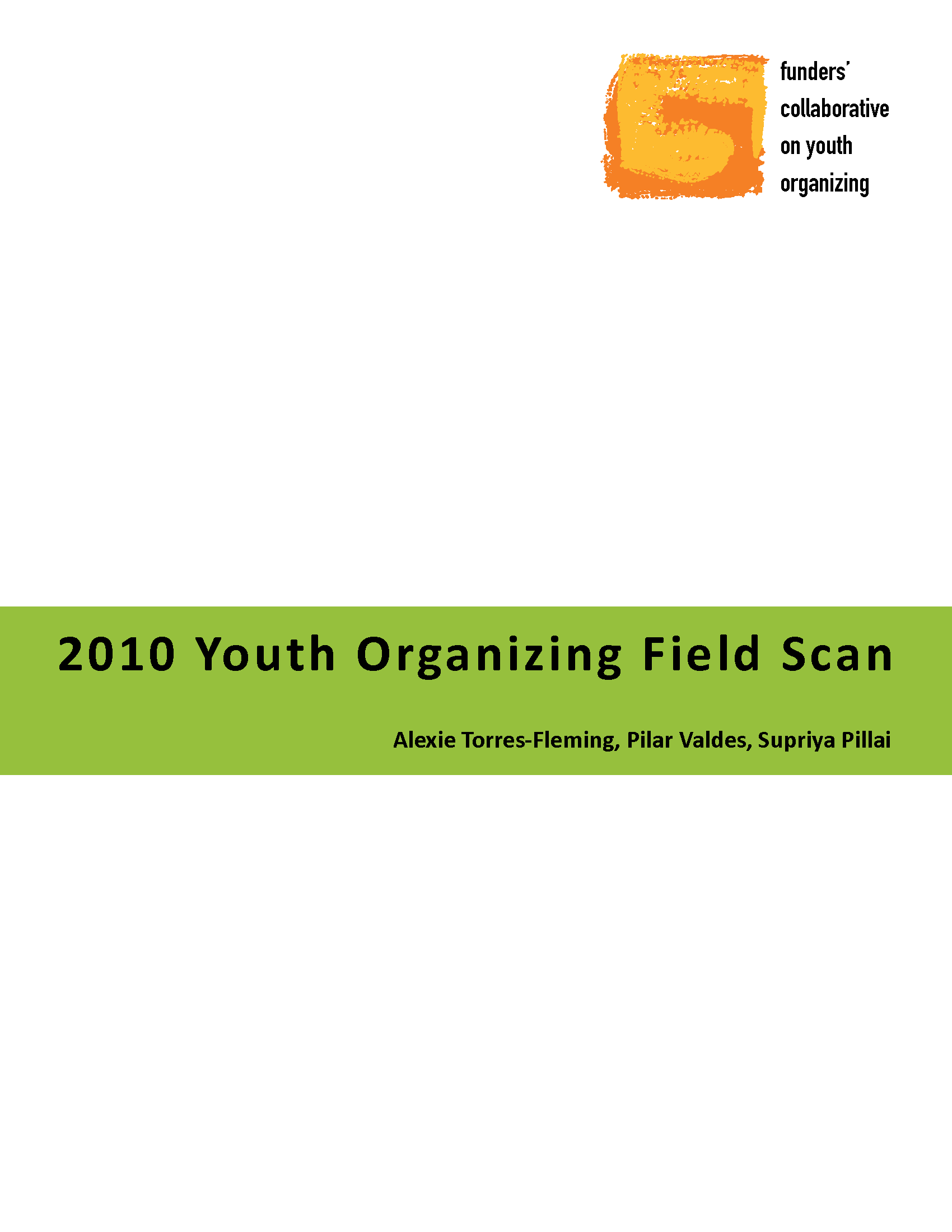 FCYO conducts national field scans using a combination of quantitative and qualitative research to document trends, challenges and opportunities. Field scans provide an opportunity to inform FCYO’s strategy and to help advocate for the field of youth organizing.

The first comprehensive survey of the number of youth organizing groups in the country was done in 2004 by the Edward W. Hazen Foundation and FCYO, which identified approximately 120 organizations, projects and intermediaries spread throughout the United States. In 2004, we found that the majority of organizations working in youth organizing had budgets of less than $600,000 and most of the oldest groups had been in existence for 10 years or less. The highest concentration of youth organizing groups were clustered in the Northeast and California and the top three issues addressed by these groups were education, juvenile justice, and the environment.

Following that scan, FCYO then noted, anecdotally, two trends: 1) there was an attrition of organizations in the field and many of the organizations that we knew of in 2004 no longer existed, including a key intermediary, LISTEN, Inc.; 2) simultaneously, there was a growth of organizations committed to intergenerational youth organizing.

While youth organizing groups had always had a predominantly low-income youth of color membership, we noted, at that time, an increase in the number of Latino youth engaged in immigrant rights organizing.

In 2009, FCYO consulted its database, and with practitioners and funders and the field to identify160 organizations spread throughout the United States. 86% of these groups responded to an online survey gathering basic information such as budget size, issue and campaign areas, geographic representation, organizational structure and youth development supports provided to young people, etc. In addition, in-depth conversations with representatives (either in person, or via phone) of more than 80 organizations were held to further understand aspects of the online survey as well as to inform a new strategic direction that we saw emerging from the field: the need to support a leadership pipeline to bolster the progressive, social justice movement utilizing youth organizing as an effective entry point and connecting youth organizers intentionally to further opportunities for leadership development and expression as they age. This document is an analysis of the online survey and inperson conversations held nationally.

The 2010 Field Scan: the State of the Field of Youth Organizing represents an important picture of the field at FCYO's 10-year anniversary of supporting the development of youth organizing.